Check out all the new enhancements to make MadisonPaleo more useful, especially in the local restaurant guide:

Please try out the new features, and let me know if you have any ideas for improvement, or a favorite restaurant that I should prioritize getting into the guide. 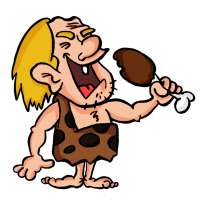 Once you’ve navigated a few grocery stores from the perspective of a modern day caveman, you’ll notice some recurring disappointments. Only a few cuts of meat are from pastured animals, and if there’s someone to ask they’ll probably try to “educate” you on the superiority of corn-fed. Vegetables are mostly grown in a tempest of chemicals, then shipped hundreds or even thousands of miles. Eggs are from chickens who may be “cage free” but are still fed a highly unnatural diet based on corn and soy, and seldom if ever see the light of day. Choices are meager among your few packaged “staples” like coconut milk & oil, nut flours, or even pure dark chocolate. What is plentiful, comprising nearly the entire center of the store, are all manner of fabricated “foods”: brightly colored nutritional time-bombs engineered from combinations of highly processed wheat, corn, sugar, and industristrial seed oils — little that your grandmother would recognize as edible.

It doesn’t need to be like this. Perhaps you’re lucky enough to live near a more sophisticated outlet – maybe something like Whole Foods. You’ll probably pay a little more, and there’s still (in the words of founder and CEO John Mackey) “a bunch of junk” but you’ll find a better selection of the things you want: organic produce, grass-fed meats, healthy fat options, etc. A few good choices are also starting to appear at stores like Costco and Target, as well as better independent grocers. Certainly (weather permitting) your nearest farmers’ market can be a gold mine of real foods at fair prices. There is, however, another choice – one with benefits you may not have thought possible. Astonishingly, if you don’t have this option now you can get together with your tribe and call it into existence! Behold the modern food co-op.

I bet I know what you’re thinking: a bunch of hippies offering up tofu burritos and wormy little apples (“That’s how you know they’re organic, man!”) in a dusty little shop smelling of patchouli and… something. I’m just old enough to remember some of that, and to confess fond memories of ice bean cones, Guerrilla cookies, and my first dried pears. With the passage of the nourishing sands of time, the guiding touch of the market’s invisible hand, and no small effort by hardworking visionaries, food co-ops have matured into something altogether different. In cities and towns nearly everywhere you’ll find clean, professional storefronts as unique as snowflakes but sharing common principles and the overarching mission of putting customers first – because those customers are also the owners.

You could say the first co-ops were hunter-gatherer tribes sharing their efforts to ensure that all would eat. Cooperation is a natural instinct precisely because it works. The first cooperative enterprises of the neolithic world, however, are generally identified with the cooperative movement of 19th century Europe. The Rochdale Pioneers of Lancashire, England in 1844 still exert an influence today in the form of the Cooperative Principles underlying most consumer co-ops. The movement enjoyed a second period of growth since the 1970’s when many “second wave” cooperatives started, and some see a third wave beginning now.

A coop is typically formed to address a community’s unmet needs. Perhaps a beloved mom-and-pop store has gone out of business. Or maybe there is simply nothing around for miles. In other cases, customers seeking particular (often more natural) foods are perceived as too small a market to warrant catering to. In response, a group of ordinary folks get together and start their own store or buying club. These can be worker-owned, or more often customer-owned. Initial capitalization is often via advance membership sales and a bond drive. Typically, members who invest in an annual share recoup the investment after $100-200 in purchases, and get a vote on certain key decisions. Leadership provided by a member-elected board follows articles of cooperation, a specific mission statement, and the cooperative principles. Product is ordered, shelves are stocked, and a new co-op is born.

Walk into a modern Co-op and you’ll likely find a clean, well-stocked grocery store with an emphasis on natural and organic foods. Of particular interest to paleo folks: lots of organic fruits and veggies, local grass-fed meats, good eggs, an excellent bulk department, and packaged items like coconut milk and oil. Member-owned businesses enjoy a tradition of being ahead of the curve in supporting options others don’t yet care about. Co-ops were among the first to offer plentiful organic, vegetarian (some see “paleo” as the new “vegetarian”), and gluten-free options. This applies not only to packaged products but often fresh-made deli and bakery items. (My store, for example, has recently introduced a line of grain-free hot dishes.) If you want something that isn’t stocked, most co-ops are happy to special order it for you. By shopping at a co-op, you’re probably also doing more to support local farmers and producers, and benefiting from the somewhat decentralized distribution network.

If you’d like to start your own co-op there are a lot of resources available to help. With a little digging, you’ll probably be able to find assistance with everything from planning to financing. You’ll find, as Thomas Jefferson allegedly once said, that the harder you work the luckier you’ll get. One good place to start is http://www.foodcoopinitiative.coop/.  Another is your nearest successful co-op. They won’t do the heavy lifting for you (maybe a little in some cases) but they’ll probably treat you more as a kindred spirit than a potential competitor. When assembling your core founders, remember to reach out to those with legal, public relations, real estate, or other helpful experience. Above all, never lose focus on the goal of serving your customers, particularly member-owners. At the end of the day the future of any business is determined by the customers, and this is especially true when the customers are running the show. Whether you get involved with an existing store or start your own, help to make it a place where good food (however you define that) is plentiful and affordable.

Joe Disch has worked for Willy Street Grocery Cooperative since 2001, has run the paleo lifestyle blog Madison Paleo since 2012, and recently taught classes on paleo nutrition for interested staff. 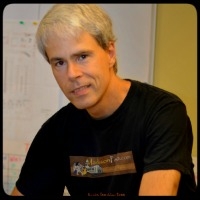 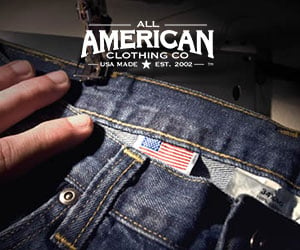